Country Highlight: Why You Should Travel to Italy Next On the top of many people’s Bucket List is a trip to Italy. The idea of visiting cities such as Rome, Venice, Milan, and Naples is exciting. Not only is each location stunning architecturally, but the most populated destinations are also jam-packed with history, culture, natural scenery, and incredible dining experiences. To know Italy is to love Italy!

Consider this your short but detailed guide to the country and all the wonderful things it has to offer you as a traveler.

No trip to Italy is complete without a visit to the Roman Colosseum, the Pantheon, and the Leaning Tower of Pisa. Other locations that are inspiring include the Trevi Fountain, Uffizi Gallery, Burano, and Saint Mark’s Basilica. Enjoying the many canals that make up many of the cities is essential as the Bridge of Sighs is one photo-worthy object needing to be put in your Instagram feed.

Nothing says welcome more than a homecooked meal in Italy. Food and family are strongly emphasized in the country. Italians are indulgent. They don’t believe in less is more and are well-known around the globe for serving lots of food at mealtime. Even if you don’t get to eat with the locals, you’ll likely enjoy lasagne, prosciutto, ribollita, arancini, carbonara, and risotto. Your low-carb diet won’t cut it in a country known for pizza, pasta, and other starchy foods containing rice and noodles.

Italian people are warm and accommodating. They typically have large families which is why they’re so hospitable. The languages that they speak are Italian with different dialects such as Sardinian, Sicilian, Neapolitan, and Venetian. Other languages spoken in Italy include Croatian, French, German, Greek, and Slovenian. Roman Catholicism is the major religion in the country.

Italian culture is big on family where giant gatherings occur. It isn’t unusual to see dozens of people sitting at the dinner table in most households. The extended family gets more attention in Italy than it does in the United States. Nuclear families exist but are often accompanied by aunts, uncles, cousins, and grandparents.

Art is an important part of Italy’s identity as many famous artworks and operas were created there. Fashion is also important in the country with names such as Armani, Gucci, Versace, Prada, and Benetton being headquartered in Milan. Italy doesn’t lack creativity as some of the most famous architects also lived and worked in the country.

What a Trip to Italy Has to Offer You

A trip to Italy is among the most luxurious excursions you can embark on at any age. The country is filled with rich culture, friendly faces, and incredible sights. It’s the type of place that engages your senses and makes you hold your breath in anticipation of what you’ll experience next. If you haven’t picked a destination for your next round of travel, make it Italy! Xpirient makes it easy for you by offering deep discounts on luxury accommodations in your favorite Italian cities. 5 Ways to Prepare for Holiday Travel Without Stress

With the holidays around the corner, you’re likely finalizing your travel plans. If you don’t do so now, you’ll be forced to pay exorbitant fees due to the high demand for transportation, lodging, and dining. Being willing to put in 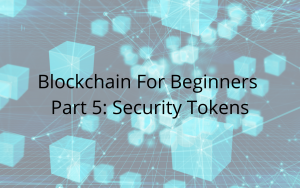 In this Smart Money Club Blockchain Basics lesson, we continue to expand your knowledge, introducing you to Security Tokens.  Security tokens are the finance industry’s future, and they offer new opportunities for investment that were not previously possible.  Security tokens The Best Gifts to Give the Travel Lover in Your Life

If you have a travel lover in your life, there are things you can do to make their experience better. One of the easiest ways to do just that is by giving them gifts that are suited to their needs. Doing 5 Tips for a Better Sleep

Health professionals have never been more emphatic about prioritizing 7-8 hours of rest. Ironically, we are perhaps the most informed generation on the importance of sleep while also the most sleepless. 50-70 million Americans suffer from a lack of sleep