In our last Smart Money Club Blockchain Basics lesson, we introduced you to the first cryptocurrency, Bitcoin, and explained what made it novel.  With this article, we will take you to the Power of X, introducing you to Ethereum, the second most commonly traded crypto, that added more functionality to what crypto could do, causing some to believe that Ethereum will eventually surpass Bitcoin, taking the number one spot.

Ethereum is the first cryptocurrency to add the functionality called smart contracts.  Ethereum is the brainchild of a then 19-year-old Russian-Canadian programmer named Vitalik Buterin, who was upset that his World of Warcraft character lost some of its power overnight, and he believed in creating a decentralized application which he introduced in a white paper written in 2013.  After a grant to work on the project with the other co founders, including Gavin Wood, and Charles Hoskinson, the ETH token was launched in 2105 and has since held the spot for the second largest market cap ($352 Billion in Feb 2022).  Its young visionary Buterin is the youngest known crypto billionaire, with a current wealth of about $1.5 billion after having already given away $1 billion to Covid relief efforts.

We learned that Bitcoin is a decentralized database made up of nodes that all have a similar ledger of every transfer of value from different holders of Bitcoin.

Buterin, in his white paper, came up with the idea that more information than just a list of values could be moved similarly and stored in a blockchain format.  He came up with the idea that this different information to transfer could be in the form of “Smart Contracts.” A smart contract is similar to a paper contract but in digital format, and they have a few unique attributes that make them so attractive.

Smart contracts can be written between two or more parties and have any number of requirements included in them.  Say you want to sell your home.  You can write a smart contract that states that if anyone transfers 8.65265 Bitcoin (equivalent to $350,000) to the contract, they will have the deed automatically assigned to them, and the Bitcoin is automatically sent to the seller.  All the information about the contract, offering amounts, buyers, and sellers are all contained on the blockchain.

The unique attributes that are built into this structure:

Currently, the Ethereum network has a similar consensus mechanism to the Bitcoin Network, Proof of Work.  Each cryptocurrency has its own block creation time; as we stated, Bitcoin takes about 10 minutes, while Ethereum takes only 14 seconds.  The current reward for mining an Ethereum block is 4 ETH.  This is an equally competitive business, but the pollution is significantly less.  Unlike Bitcoin the number of potential ETH is infinite but there is an ongoing system that burns ETH that will most likely reduce the supply in the future.

It needs to be noted that the network has voted to make drastic changes to itself and they will be moving to a completely different system which they call ETH 2.0, and the consensus mechanism used is called Proof of Stake.  We will discuss ETH 2.0, the upgrades, and the reason for the changes in the next section of our blockchain basics series. How to Make the Most out of Your Solo Trip

Planning to take your first ever solo trip this holiday? Well, congratulations! Solo travel isn’t something most people can pull off. So if you’ve decided to take this path and see what the world has to offer even if once, 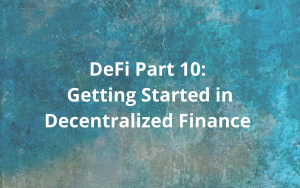 At this point, you’re familiar with most of the popular DeFi applications, their advantages and drawbacks, and a general understanding of how this space operates. Now it’s time to take the leap and join this fascinating new frontier of finance. 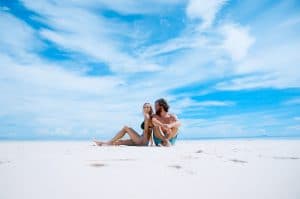 Traveling with Your Partner: How to Ensure Your First Trip Isn’t Your Last

Want to spice up things in your new relationship? Pack up and get out of town. Nothing keeps romantic sparks flying better than discovering and creating memories in new places as a couple. However, traveling together, especially if it’s your